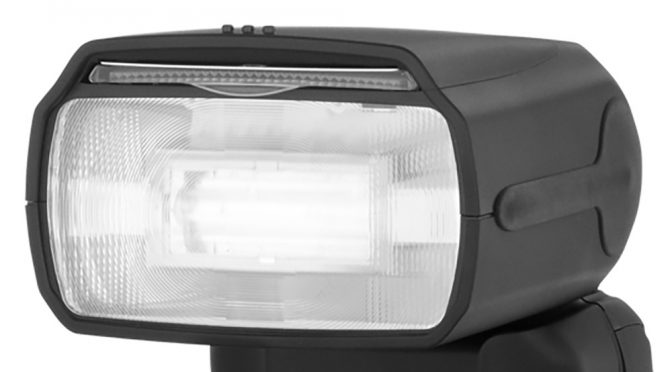 Someone recently asked about using a Speedlite’s High Speed Sync mode to shoot at faster shutter speeds to get sharper images by reducing vibration blur in hand held shots.  If you have ever wondered about this, let’s explore this a bit to discover why this might not have the intended consequences.

Example 1:  For at least a brief time, the shutter is fully open. In this case, the flash can fire and properly illuminate the subject:

Example 2: At faster shutter speeds, beyond the flash sync speed, the shutter curtains are not fully open, and the flash would not be usable:

SO what that means to you is that you can encounter various problems.

What if you are shooting outdoors on a bright day?  In that case, your photographs shot with a flash are likely comprised of a portion of the light contributed by the ambient (existing) light in the scene and then the flash is adding to the light of the scene.  It is entirely possible that you may need to shoot at shutter speeds that are faster than the camera’s flash sync speed in order to minimize motion blur due to hand held camera vibrations OR to reduce the amount of ambient light exposed on the scene.  In either case, you sometimes really need to shoot at faster shutter speeds. 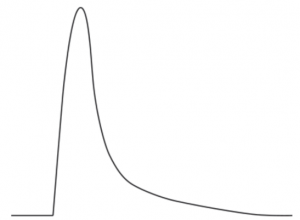 That’s where Canon’s High Speed Sync mode or Nikon’s Auto FP modes come in. They change how the flash works.  Normally the pulse of light from a flash is VERY brief, depending on the power level of the flash.  The lower the power, the faster the pulse. They can be speeds like 1/5,000th,  1/10,000th or even faster in some cases.

When you turn on the Canon High Speed Sync (HSS) or Nikon Auto FP mode, the flash actually extends the pulse of light and keeps pulsing it so that the light will be on the entire time the shutter is open.

For example, on a Canon 6D which has a flash sync speed of 1/180th second, if you turn on HSS mode on a Speedlite, and set the 6D’s shutter speed to 1/200th second, it actually SLOWS DOWN the light pulse from the Speedlite to extend it’s duration to 1/200th second.  So, ironically, “High Speed Sync” mode really slows down the flash even though you might think the name implies just the opposite.  It still has great value though.  If you are shooting outdoors and need to shoot at 1/500th or 1/1000th, HSS lets you do that.

Now, let’s say you are shooting indoors, like when you are using flashes in a home studio environment, where your flashes are the only appreciable source of light.  If your exposures are not really trying to mix in any ambient light, then you don’t need to shoot at any particularly fast shutter speed and HSS is not really necessary.  All you care about is having the shutter open fully while the flash(es) provide ALL of the light for the exposure. In that case, HSS actually is not helpful, and you actually CAN pick up motion blur in a flash photo if you are not careful.

I ran a simple test photographing a pinwheel spinning at a constant speed.  This really illustrates the difference where HSS actually can contribute to motion blur in some cases! 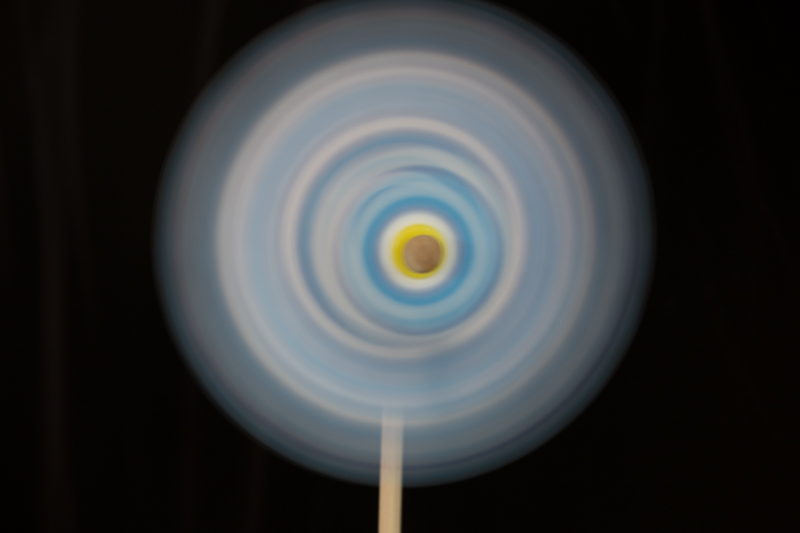 Speedlite is the primary light, no ambient light: 1/60th second: 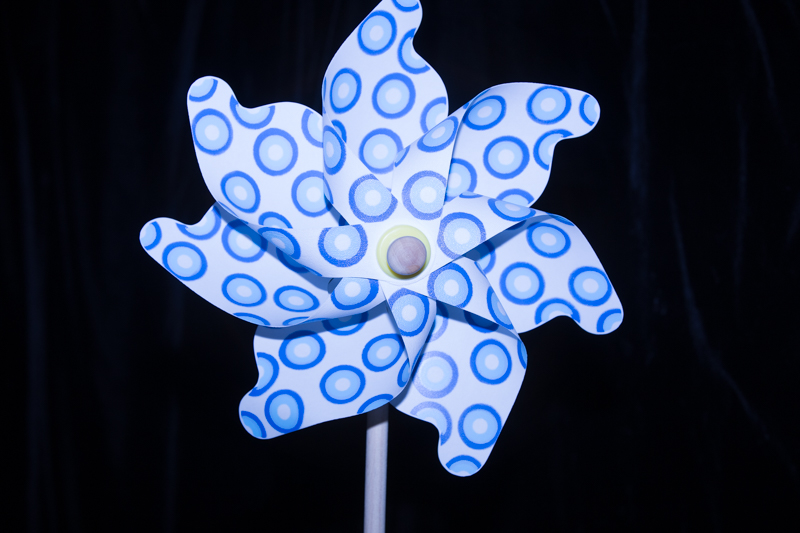 Speedlite is the primary light, no ambient light: 1/180th second: 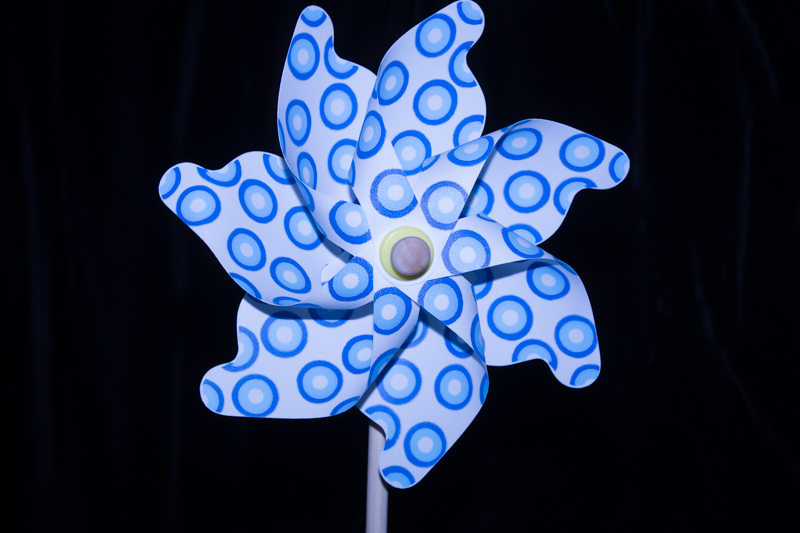 Note that for the two shots above, the image is very sharp, regardless of whether I was shooting at 1/60th or 1/180th. The only light really illuminating the pinwheel was from the flash and that pulse of light was ultra fast, maybe 1/5000th or more.

Now see what happens when I turn on HSS and shift the shutter speed even FASTER to 1/200th: 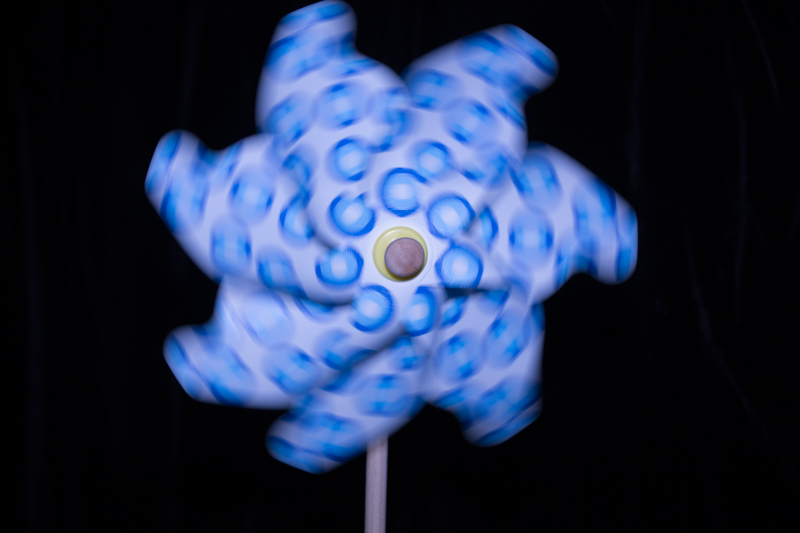 WHAT?  I went to a FASTER shutter speed and now I am picking up MORE motion blur??? YES!  That’s because with HSS, the flash is now SLOWING down the duration of the pulse of light to be on during the entire time the shutter is open.  The result is you are ironically capturing more motion blur by moving to a faster shutter speed. 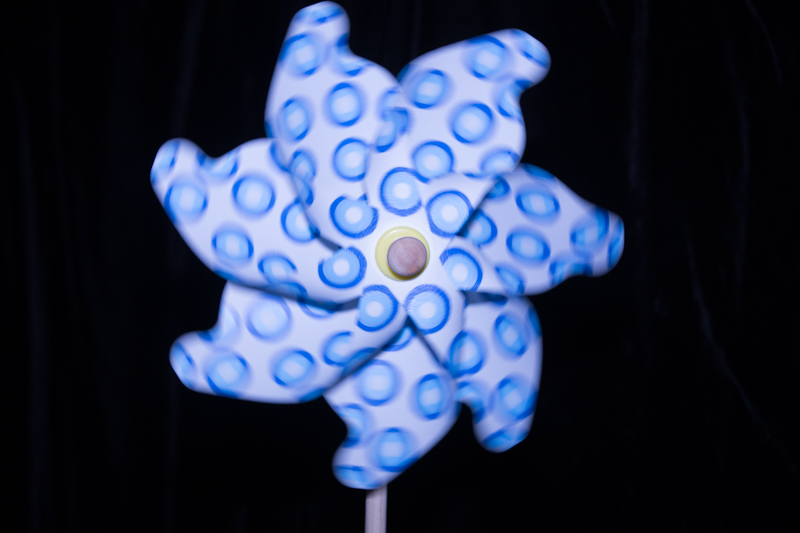 Even at 1/400th, we still are not freezing the pinwheel! Ouch! 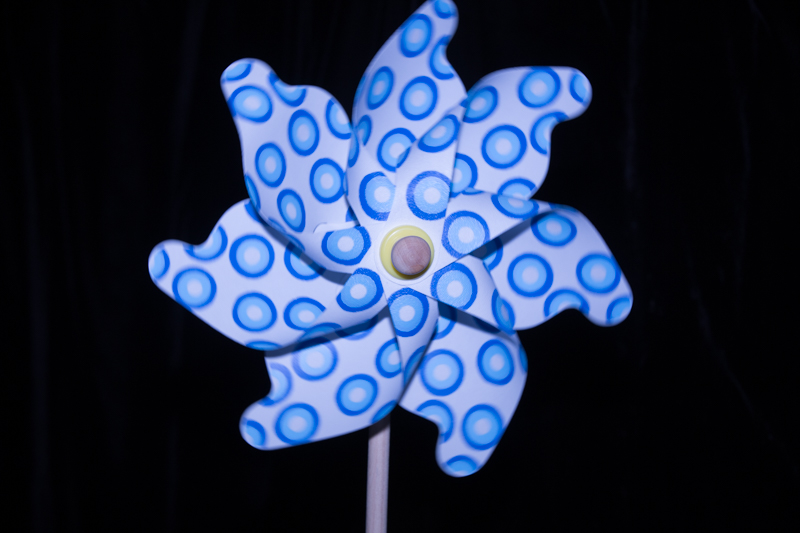 Even at 1/1000th, it’s still not totally freezing the motion of the pinwheel! There still a tiny bit of blur.

I found I had to go up to about 1/2000th to stop motion blur when using High Speed Sync in this test case: 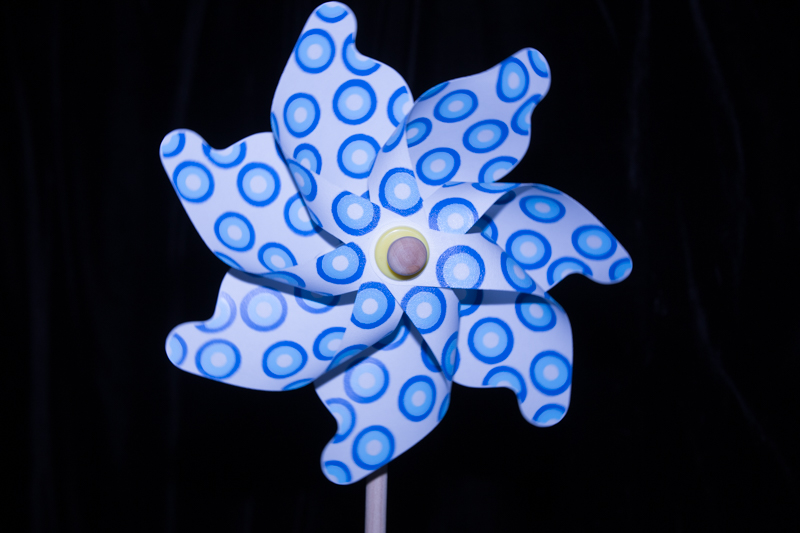 If you don’t use a flash, and haven’t dug into the details about how to operate your flash, you may never have encountered these issues.  I just thought I’d share these insights in case you are actively using a flash and are a Canon owner using High Speed Sync or Nikon Owner using Auto FP sync mode.

I hadn’t really thought about just how drastic HSS could impact motion blur until someone asked some questions about freezing motion by USING HSS and the more I thought about it, I realized that HSS really can introduce a problem in some situations, like in this test example.

For outdoor use, where you are mixing ambient light and flash though, I find HSS pretty useful!

Kevin's book "30 Practical Tips for Better Photographs" is available in print and on Kindle devices!

Available in print and on Kindle!
Rated ***** 5 stars by readers.
30 Practical Tips for Better Photographs

LifeInsights Group - You are invited!

See the work of some of my former/current students!